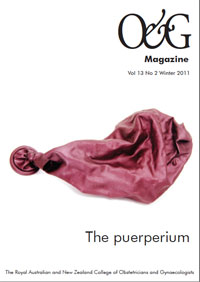 Back in June 2011  I was employed as a perinatal mental health nurse, and was working in partnership with midwives, child health nurses, GPs, Indigenous health workers, allied health staff and obstetricians to provide and develop easy, smooth pathways to mental health care for pregnant women and new mums who needed a bit of extra support.

At the time I was invited to submit this article to O&G Magazine regarding perinatal mental health.

One of the closing paragraphs of the article was this:

It would be fair to say that availability of specialist perinatal mental health service in Australia has been patchy. In some health districts, perinatal mental health services have evolved without specific funding, often emerging as a component of consultation liaison mental health. However, until recently there hasn’t been a coordinated approach to perinatal mental health at a national level. This should be addressed, in part at least, by Federal, State and Territory Governments using National Perinatal Depression Initiative funding to seed specific services and models of service delivery at various urban and regional centres. In Queensland, for example, there will a dozen or so ‘perinatal mental health clinical nurse consultants’ seeded in a number of strategic locations around the state, with the hope/intent of developing sustainable referral pathways and contributing to workforce training and development in this area.

Boy, did I get that wrong.

This is just as I feared back in March 2013 (see: The National Perinatal Depression Initiative and a Canary in a Coal Mine?). 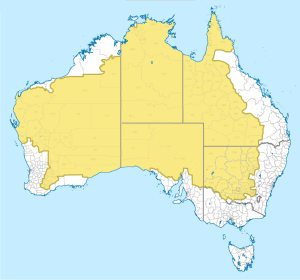 2% of Australia’s population lives in the yellow area. Source: @Amazing_Maps

For the many health districts that have lost the specialist perinatal mental health nurse, the only alternative is to ask the woman to use phone support or see their GP instead.

But there are problems with both the phone support and the GP option.

Look, I have nothing but admiration for GPs – they’re at the frontline of primary health care and tend to be a very versatile bunch. But, let’s face it: most GPs are as busy as a one-armed Sydney taxi-driver with an ice-cream and an itch. It’s a big ask for the GP and the pregnant woman/new mum to make the time and head space available for ventilating, understanding and re-packaging strong emotions.

When I’m meeting with somebody who is experiencing symptoms of depression, anxiety or other mental health difficulties, it usually takes me an hour or so to feel that I have provided an outlet for the distress, and gained an understanding of what strategies and services we should use to support the person.

Maybe I have just have slow ears.

Maybe GPs can hear, understand and sensitively respond to those complex stories of loss, grief, trauma and unmet expectations quicker than I can. 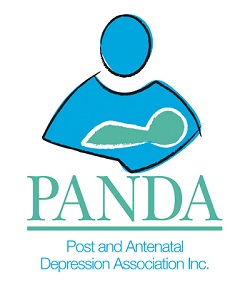 In a cruel double-whammy, at the same time perinatal mental health nurse positions in Queensland were disappearing, the national perinatal mental health telephone support line was also becoming less accessible. Since midway through 2013 PANDA’s National Perinatal Depression Helpline has had to cut-back on available hours to 10:00am to 5:00pm Monday to Friday. This time last year it was 9:00am to 9:00pm Monday to Friday. Earlier this year the Million Mums in May campaign was hoping to get funding for PANDA to offer a 24 hour, 7 day-per-week service.

When perinatal mental health services on the ground are being cut in various places around the country, wouldn’t that be a good time to expand and promote the accessibility of the national helpline? Unfortunately, the opposite has occurred.

It is not all doom and gloom: if parents live within cooee of a St John of God Raphael Centre or near of the long-established state-run perinatal mental health services (usually in capital cities), access to support is still pretty good.

However, coverage is patchy: Australia’s “National” Perinatal Depression Initiative is anything but national. The “national” part is a myth.

Access to specialist perinatal mental health services in Australia is a postcode lottery and, as with all lotteries, there are a lot of losing tickets.

As always, your feedback and comments are welcome below.

As there have been no formal announcements/media releases about perinatal mental health services contracting, I have had to rely on first-hand knowledge and, to a lesser extent, hearsay via “the grapevine”.

If there any factual errors as at November 2013 please let me know. Naturally, i would like to make any necessary correction(s) as soon as practical.

3 thoughts on “The Myth of the National Perinatal Depression Initiative”

The Blob. #tropicalnorthqueensland #tropicallow #tropicalcyclone #cyclone #cairns #blob #theblob
Phase 1a vaccinations start in Cairns today - it’s a sign of the beginning of the end. Or is that the end of the beginning? #COVID19 #Cairns
Introducing Clinical Supervision (a video version of a face-to-face to presentation, featuring a game of ‘Psychobabble Word-Finder’ and an unconvincing Austrian accent) #clinicalsupervision #qrcode #qrcodes