Dear Reader: please don’t read this blog post if you are offended by strong swear words or find talk of suicide a trigger for unsettling/risky thoughts. Kind Regards, Paul.

Who is Going Behind the Curtains?

Working over Christmas and New Year made me especially cognisant of one of the peculiar privileges that we nurses have: we spend a lot of one-to-one time with the person who is medically/surgically recovering after a suicide attempt. My current role is Consultation Liaison Mental Health Nurse – a role that provides mental health assessment, support and education in a general hospital (more info about the role here). When the person is admitted to the general hospital after a non-fatal suicide attempt we are asked to be involved in planning and providing their care.

There are few things more privileged and more important than spending time with the person who is alive after deciding not to be. I do worry that this role is sometimes delegated to the least qualified (and lowest paid) member of frontline clinical care: the Assistant In Nursing (AIN) when there is “nursing special” in place (i.e.: when there are concerns that the person may abscond and/or harm themselves again).

Naturally, being an AIN does not mean you are incapable of sensitive, compassionate, safe care. I just think that “going behind the curtains” to assist in holding and containing the often very strong emotions of the person who has survived suicide is incredibly important. I don’t feel comfortable that someone without mental health qualifications or clinical supervision is tasked with sitting at the bedside for hours at a time. It may not be good for the either the person/patient or the AIN. 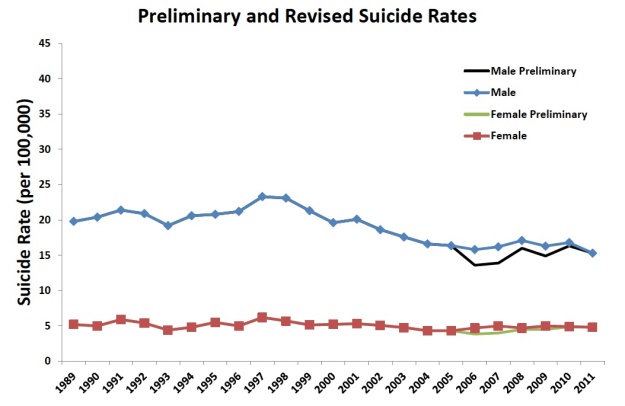 In clinical supervision we often explore the parallel processes and how they apply to our clinical work. When working in perinatal mental health I aimed for the therapeutic relationship to be a template for the parent-child relationship: kind and nurturing, responsive and interactive, empowering, educative and enjoyable. The idea being that, at some level, the qualities/values that inform the therapeutic relationship can then have a knock-on effect for the relationship the parent has with their baby. Not many perinatal mental health clinicians have an abrupt, cold, clinical style of interacting with their clients: they tend to be warm, gentle communicators.

When nursing the person who has survived suicide we need to think about parallel processes again. Julie Sharrock (a rock star of consultation liaison nursing) first introduced me to the phrase “holding and containing” as a part of the therapeutic relationship. Traditionally the notion of holding and containing has been attributed as a function of the inpatient setting/building: a place to keep people safe. Julie introduced it to me as a way to keep people safe, by reframing it as a concept for interpersonal therapy. That is, we nurses can assist and model the act of holding and containing difficult emotions.

Thoughts are slippery, and prone to be dropped.

Feelings are brittle, and prone to cracking.

Holding and containing such difficult-to-secure, fragile things is fraught: the clinician needs their thoughts and emotions held and contained too. Its a parallel process: as I’ve discussed previously we need to nurture the nurturers.

Some of the most profound moments of my working life have occurred while supporting the person who has survived suicide.

The incredibly dark humour: “I’m such a fucking loser I can’t even kill myself properly!” said the very nice man. He was not laughing out loud, but smiling at the grim absurdity of his situation. He was alive, but physically worse-off than when he decided to die: now fractured, urinating through a tube, receiving fluids and antibiotics via an IV line. More wounds. More pain. Yet, despite the extra physical insults, he was pleased that he had survived.

The worry: “Is my brain OK? I feel really agitated and confused.” asked the lady who had been in intensive care for a few days. Her brain was OK in the long-term, the distress she was experiencing was mostly short-term stuff:  delirium is really common amongst ICU patients. Hypoxic patients aren’t so lucky: they sometimes never recover the former function of their brain.

The person who had two high perceived lethality, but fortunately non-fatal, attempts to take his life in the fortnight before we met reworded Shakespeare’s famous opening line to Hamlet. Instead of saying, “To be, or not to be, that is the question”, he said, “After what I have experienced in hospital, I now think that it is better to have a difficult life rather than no life at all.” I was so pleased to hear him think that way, and at the same time felt so sad for those people who do not have the opportunity to reconsider: those people that bypass the hospital wards and go straight to the morgue.

These are profound moments in the lives of people.

Nurses, myself included, have the peculiar privilege of being with the people who are experiencing the most important days of their life: the first few days of life that they planned not to have.

Let’s not take that peculiar privilege of nursing lightly.

Talking and thinking about suicide can be distressing. Australians can access support via:

Outside of Australia and not sure where to get support? Google usually displays a red telephone icon and your country’s suicide support phone number when searching for a suicide-related topic.

As always, comments and feedback on the blog post is welcome. Suicide can be a sensitive topic to comment on, and this blog is the public arena; so, before wording your comment, please check-out this: Mindframe guide