Gather around children, Uncle Paul has a little story to tell.

No! Wait! Don’t run away! I’ll be pretty quick. Promise.

Back in the olden days when the internet was just a pup, there was no Twitter, Facebook or Google. Even MySpace (RIP) wasn’t invented then. 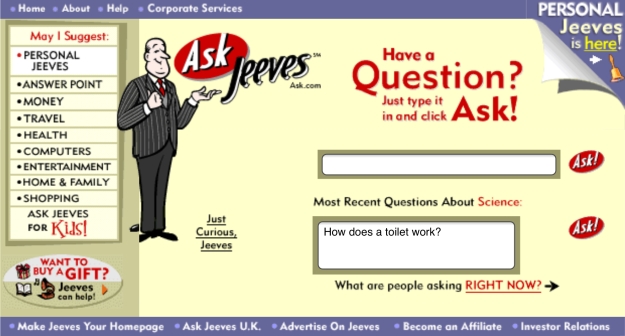 They were dark days, my friends. March 2000 screenshot via Wayback Machine web.archive.org

People still communicated with each other via discussion boards. It was cool how people spontaneously repurposed sites like LonelyPlanet to use their discussion boards for funny, serious and mystical exchanges of ideas. Often all at the same time. Reddit still thrives using the discussion board format. Humans seem to like conversation.

In the late 1990s a couple of platforms were released that allowed ordinary people with no coding skills to write about stuff that interested them online. These platforms allowed non-geeks to create and maintain their own web site. “OpenDiary” and “Live Journal” were amongst the first.

It was a paradigm shift. Before then anything called a “diary” or a “journal” would have been kept private. These people were intentionally sharing stuff about their lives and interests with anyone who dropped-in online.

That sort of platform was called a “Web Log”. The pioneering community that used them started played with the words, and said “We Blog”. Fast forward a few years, and TaDa! in 2004 “Blog” was the Merriam-Webster Number 1 Word of the Year

Bloggers had humble beginnings as an online diary/journal, eg:
“Yesterday was an especially shitty day…”
“I learnt something about myself at work today…”
“Andrew McLeod is the smoothest footy player in the history of humans…”

Bloggers have probably become a bit more sophisticated in relation to content and boundaries, and blogs definitely look fancier nowadays. Nevertheless, blogging is still a humble craft. As with the pioneers, you learn blogging by doing blogs.

Learn from the mistakes of others though. Naming employers or workmates is bad for job security, especially if you’re being negative. The Australian Health Professional Registering Authority have a policy [here] which is mostly pretty common-sense stuff, but they’ve thrown in a couple of unexpected bits. Better have a quick look at it if you’re working in the health care caper.

My recommendation is to be clear re boundaries. Is your blog going to be Personal, Professional or Official? My definitions are:
Personal Use
Personal use of social media is where you share photos of your holidays with family and friends on services like Facebook or Instagram. If you happen to be interested in what Justin Bieber had for breakfast, you might follow him on Instagram or Twitter and see what he has to share with the world (it’s OK: we won’t judge you – it’s your choice).
Official Use
Official use of social media is where a company or organisation presents their brand and shares information online, like the Ausmed Education Twitter account, for example: @ausmed.
Professional Use
Professional use of social media is based on your area of expertise and interests. This use of social media allows you to share information with and interact with other individuals and organisations that have the same interests.

On my blog I used the “About” page [here: meta4RN.com/about] to clarify boundaries that suit me. Maybe start with a similar idea – think about and articulate what you want the blog to become. Then go for it! 🙂

Motivated by Bec (aka @notesforreview) and Katherine (aka @KatherineFaire1), this post aims to lend encouragement to nurses, midwives and other health professionals who are considering a blog. I made the claim that if you can Tweet you can blog. To prove the point, this post is just a replica of what I put on Twitter earlier today (see here or here) ,with most of the typos fixed.

No pressure at all. 🙂

Gather around children, Uncle Paul has a little story to tell.

No! Wait! Don’t block me! I’ll be pretty quick. Promise.

One last thing. You may be wondering what platforms are best for blogging. Me too. Click here.  🙄

Thanks for visiting. As always, feedback is welcomed via the comments section below.

They were dark days, my friends. March 2000 screenshot via Wayback Machine web.archive.org

The Blob. #tropicalnorthqueensland #tropicallow #tropicalcyclone #cyclone #cairns #blob #theblob
Phase 1a vaccinations start in Cairns today - it’s a sign of the beginning of the end. Or is that the end of the beginning? #COVID19 #Cairns
Introducing Clinical Supervision (a video version of a face-to-face to presentation, featuring a game of ‘Psychobabble Word-Finder’ and an unconvincing Austrian accent) #clinicalsupervision #qrcode #qrcodes