Please do yourself a favour, and watch Old People’s Home For 4 Year Olds on ABC iView. Over five beautifully-filmed episodes, the program follows a social experiment that brings together elderly people in a retirement village with a group of lively 4-year-olds. It’s one of the most enchanting, life-affirming TV programs I’ve seen.

Words that make me cry. “Excuse me, he’s my grown up” Four year old Aidan declares when speaking about Eric. #OldPeoplesHomeAU

The kids and the grown-ups were equally adorable – each dyad (one older person and one 4 year old) seemed to bring-out the best in each other. It was delightful to watch. Fiona the kindergarten teacher/facilitator was incredible. She has amazing interpersonal skills. [BTW: does anyone know Fiona’s surname? – she deserves to be credited properly]

I only have one problem with the program: the way the 15-item Geriatric Depression Scale (GDS-15) was used/portrayed. It was a very good idea that there was some pre- and post-intervention testing, and it’s terrifically handy to be able to quantify the degree that people self-rate their mood. However, all the scales I’ve ever seen, including the GDS-15,  come with the disclaimer that they’re screening tools, not diagnostic tools. However, that’s not the way the GDS-15 was portrayed on this TV program.

Screenshot from approx. 47 minutes into Episode 5 showing the false dichotomy that 5 or below on GDS-15 = “not depressed” and 6 or above = “depressed”. Pfft! As if.

In the TV program the geriatricians referred to scores above 5 on the GDS as “depressed”. That’s not quite the way it works. The GDS-15 does not diagnose.

Four reasons why the GDS-15 is not a diagnostic tool: 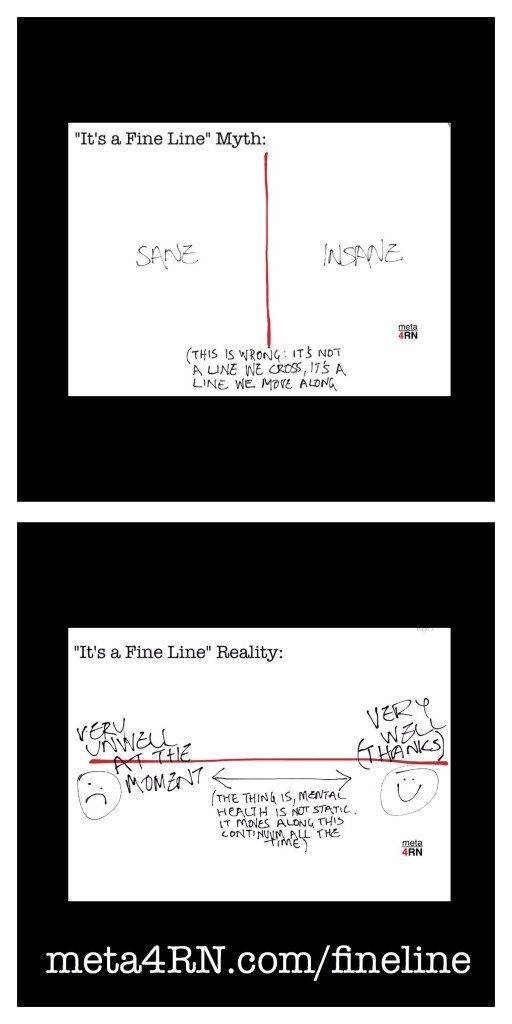 Please don’t let my critique of the use of the Geriatric Depression Scale deter you from watching Old People’s Home For 4 Year Olds. It’s a terrific program based on a wonderful idea, which is articulated further on the Ageless Play website [here].

Something I do in my paid job and as part of my [unpaid] social media portfolio, is to challenge the myths and misunderstandings that happen around mental health matters. As I’ve argued previously [here], all I’m doing in this blog post is articulating my argument why we should resist the temptation to interpret screening tools as diagnostic tools.

That’s it. As always, feedback is welcome via the comments section below.

Understanding Cannabis in Clinical Practice.
May 15 = the Feast of Saint Dymphna
Congratulations to the @cairnshinterlandhhs 2022 International Nurses Day award winners: